The Higher Education System of West Bengal is controlled and guided by two major units of the Government.

Typology of Colleges under Education Directorate

The Figure shows the types of colleges in the Education system of West Bengal. However the Education Directorate has the responsibility of General Degree Colleges, Teachers’ Training Colleges (including B.Ed., M.Ed. and Physical Education colleges) and Law Colleges. 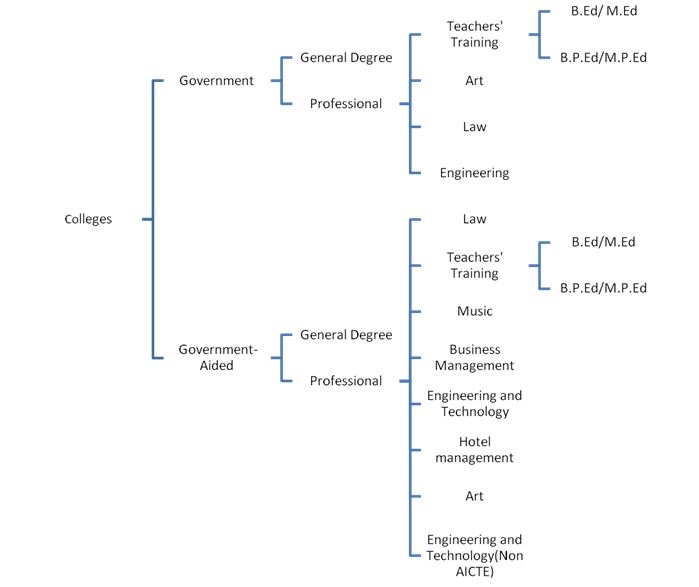 Government-Aided colleges including sponsored colleges are under the pay packet scheme of the West Bengal Government. The salary of teachers of these colleges is financed by the State government. The teaching staff are selected by the West Bengal College Service Commission which is an autonomous body and the appointments are given by the Governing Bodies of the respective colleges. During the last few years, several private colleges have also been established on a self-financed basis which are totally privately funded and operated.

Significant Achievements of Higher Education Department in the past 4 years

Significant Achievements of Higher Education Department in the past 4 years